The Legend of Zelda: Ocarina of Time 3D (3DS) 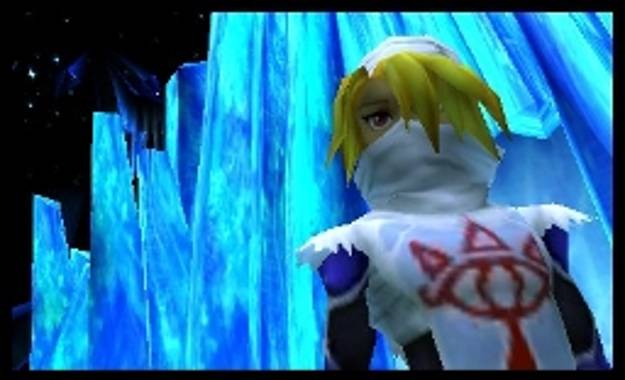 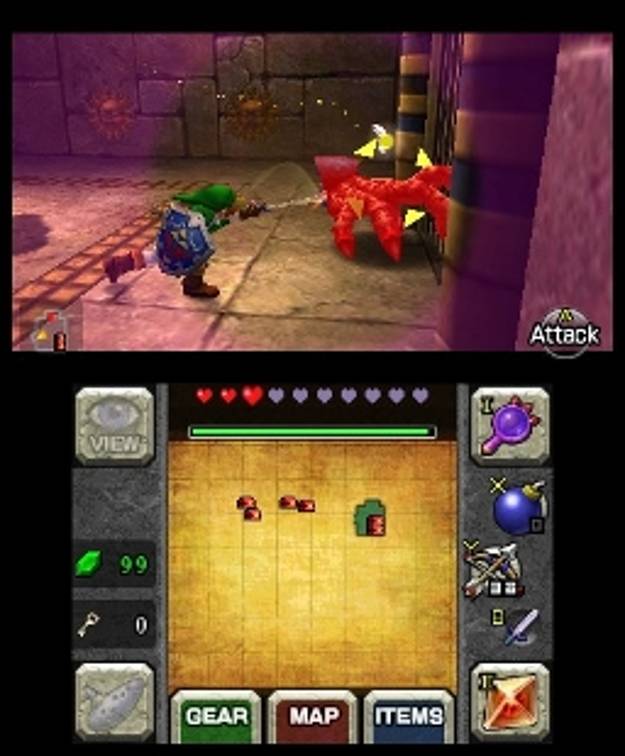 Almost every gamer knows about the Legend of Zelda. Likewise, every gamer, if they were around, played The Ocarina of Time on the Nintendo 64. Seeing Link in full 3D for the first time, with a truly expansive Hyrule, vivid characters, dungeons and sidequests is not all easily forgotten. Oh, and Navi, the most annoying sidekick in the world.

I'm going to write this review as if you've already played the game before, which means you might see some spoilers. If you haven't played the game before, then I suggest you stop reading this review and purchase this game. When it was released, it was one of the most critically acclaimed titles ever, and if you follow online rankings, stayed up there for a long, long time. The question is not whether or not you should play it (you should), but whether or no the remake on the 3DS is worth playing again.

First, the game looks great. This isn't just a lazy port, and people who say otherwise need to take off their glasses. Everything is remastered, crisp and rounded, no longer with sharp triangular facial features and scenery. New lighting effects, environments, and animations make things look sparkly-fresh. Seeing the world in 3D is also something I didn't expect to enjoy, especially water effects (for some reason).

The GUI has been updated, too, allowing you to play with your inventory, view the map, and use items from the bottom screen. Without the use of the yellow c-buttons on the N64's controller, you're only allowed two button slots to equip items to and use. However, two extra item slots are provided that can be used by tapping the touch screen, which make them perfect for non-urgent items like masks (remember the mask shop? I barely did.) and boots or bottles.

In addition to the reworked UI, you've also got the use of the gyroscope, something which I was quite happy to use. Basically, move your 3DS around and you'll move your view around. This feels a little strange at first, and isn't terribly practical on, say, a bus or other public place. That said, it can be turned off. Regardless, being able to use it well is quite pleasant, allowing you to shoot accurately and quickly, firing off snap shots in shooting galleries without realizing how easy it is. It can also allow you to tilt your view from side to side when you're L-targeting (no longer Z-targeting) an object or enemy.

In addition to the hardware upgrades, the game also comes with bonus features, such as a Master Quest that you can access (but only once you've beaten the game once), as well as a boss rush mode. There's also a Master Quest-version of the boss rush, where they do twice as much damage. So, basically, if you really like Ocarina of Time, then you can play a lot of it.

It's going to come down to this: did you like like Ocarina of Time? Has it been a decade since you've last played it, or have you never played it at all? You're going to want this game. It's clearly a system-seller for the Nintendo 3DS, and the reasons are clear: it's simply one of the best Legend of Zelda titles out there. Sure, it's going to get some points for simple nostalgia (I remember getting it on a Friday for my N64, and essentially playing it nonstop until I beat it Monday morning), but there's also a really good game in that tiny cartridge. It's an adventure that defined a series for many, many years to come, and it's worth reliving once more.