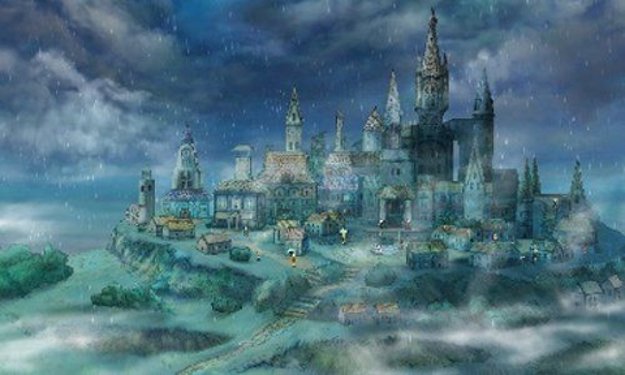 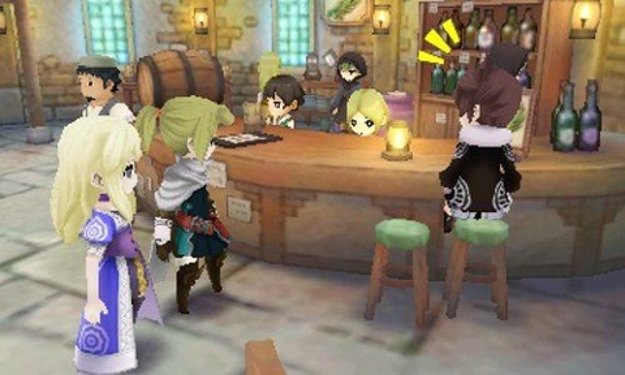 From the outset, it's clear that The Alliance Alive attempts to distance itself from other RPGs - the game starts with the conquering of the world by daemons and its division into a number of 'realms' to be ruled. But don't worry, these aren't the fire-and-brimstone style of daemons, these act more like another nation unto themselves, one who seek to control rather than destroy. A thousand years later, you're given control of characters with the intent of changing this control over the world, and while controlling them you're given access to some pretty strange and varied mechanics that don't often get seen while blending it more 'traditional' genre conventions.

Considered something of a spritual successor to Legend of Legacy, Alliance Alive is a game filled with a number of peculiarities that set it apart from standard fare, just like its predecessor. Initially, it appears to be a standard turn-based RPG - as your party runs through dungeons or the world map, they come into contact with enemies, a fight begins, and you take turns beating the snot out of each other. It might be around the first time that a "HP Increased" message pops up at the end of battle, or when you unlock a new weapon skill in the middle of an attack, that you realize that there's something different in how the game works.

There isn't a traditional earn-enough-experience-points-to-level-up system of character growth in Alliance Allive; instead, your characters grow in strength by using weapon skills and participating in battles. As you use different attacks for a weapon (and you are able to equip two weapons to a character), that particular attack in that particular combat position gets stronger. Maybe. It's fairly random and impossible to predict. Sometimes using weapons will also grant you new skills for that weapon, which, again, is random and impossible to predict. So, between the five weapon types (including going unarmed, which is an option), and two types of magic, you're likely to focus on one, maybe two per character.

In addition, you set up your team's formations, allowing each character to take a role in combat (you start with attack, support, and defence at the beginning through learn more as you progress) as well as a position, all of which grant bonuses. So, a defender can impart a defence bonus to the whole team, and be in the front row to draw attacks, while a support character in the middle will do more damage with medium-range attacks while having a bonus to healing magic, for example. There are hundreds of combinations of formations for your characters, so finding one that works is an interesting strategic choice in the game.

This sounds pretty good on paper, but in-game the mechanics feel half-implemented and don't work well together. The fact that skills have a strength for each position in your formation means that moving characters around in battle is counterintuitive to raising this strength - similarly, you'll likely just be using the same skills over and over as they're the ones that have become better over time. And even with the ability to equip two weapons in combat (but only use one at a time), it's more likely you'll only equip one kind because of the Final Strike ability, which does a devastating attack at the cost of your currently-equipped weapon. Since there's no way to fix or change weapons mid-combat, using a throw-away weapon that you rarely use is typically your best bet.

The lack of experience levels also is a problem when it comes to enemy balance. Since health and skill growth is fairly random and not tied to any 'level' or such, it's tough to tell how strong you are in relation to enemies around you. And since enemies don't have health bars, it's pretty much impossible to tell how outmatched you are in combat until you realize that you've used some of your most powerful attacks and the enemy is still standing. Most of the times, you can run away, but for those times you can't, you're simply screwed by a power differential that you could in no way have spotted.

Some random battles are even filled with a varying power level of enemies that will see you destroy everything in one or two strikes only to have the final enemy take a dozen turns to whittle down. It creates a frustrating experience at time, especially given how the rest of the battles in the game tend toward the easy side of the spectrum. This problem is exacerbated when you're given free reign of the map - without any power levels to guide you, things become pretty aimless as you simply wander around looking for things to do, often running into a battle out of nowhere that can just obliterate your party with little recourse.

It's also worth mentioning 'talents', a mechanic available to further specialize your characters. Each battle earns you talent points, which can be invested into a fairly limited number of skills that increase your abilities. These abilities give you reduced costs for weapon attacks, a greater chance of getting HP/SP after combat, increase bonuses from different tactical positions, and more. There's lots to choose from here, but again, you'll likely stick to one or two weapons (probably one), with maybe a 'general' talent here or there, due to their cost and the time it takes to save up for one.

A group of organizations known as Guilds also play an important role in the game, but like combat mechanics, that role feels half-fulfilled and not terribly well implemented. Dotted across the landscapes are buildings that house guilds, organizations that serve five separate functions such as allowing you to create weapons, research magic, control enemy spawn rates, and so forth. You can recruit new guild members from around the world, assigning them to each organization or using them to build new guilds on special plots scattered around the globe.

It's interesting, but lacks any real depth - assigning someone to a guild doesn't have any value beside the fact that it makes the guild population go up by one, which is all you care about to get new abilities. And while guilds provide abilities in the field - attacking enemies, boosting your abilities, that kind of thing - it's completely out of your control so it's just a passive effect that occurs every now and then.

The Alliance Alive just doesn't have any real strengths going for it beyond the quirkiness to its mechanics, which is unfortunate, because it comes bristling with a number of ideas about how to shake up the standard turn-based RPG formula, especially one that's been duplicated many times on handhelds. The real problem is that these ideas are just not implemented as well as they could be, resulting in a game that's passably interesting, but dull to actually play (even with the ability to speed up battles to four times their speed). As a study on some interesting mechanics and some decent writing, Alliance Alive is worth a look, but not for much more.