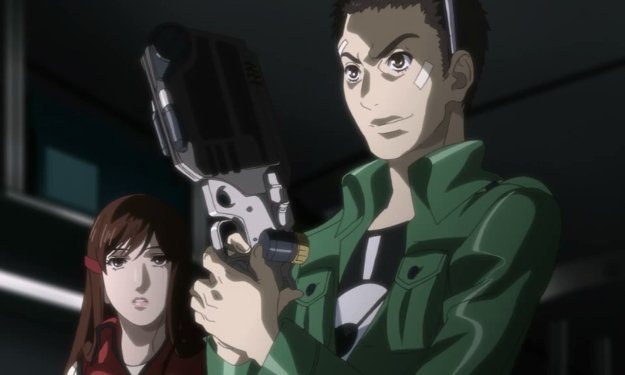 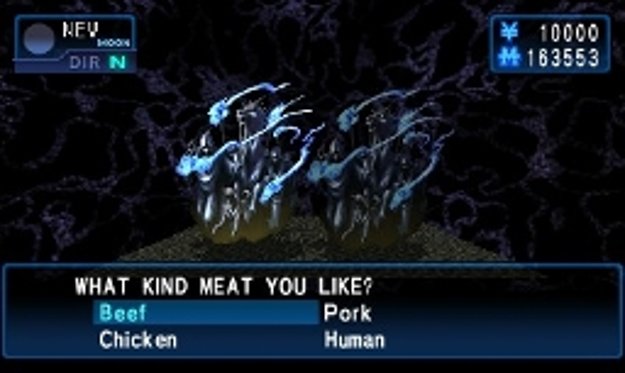 Originally released in 1997 to the Sega Saturn. Devil Summoner: Soul Hackers didn't exactly get a huge following, being on the Saturn, and in Japan only. Seems that it's been given another chance, this time on Nintendo's latest handheld. The biggest stumbling problem here is that this is a game from 1997, and it shows.

Set in Amani City, a technological marvel where everyone has a computer and everything is hi-tech, you are part of a group of hackers known as the 'Spookies'. Things are relatively normal for you until you hack yourself into the player registry for an online game-city known as Paradigm X - then things get weird. It isn't long before you find yourself with a gun-shaped computer, summoning demons and fighting to find out the secret behind the city and those who behind it.

The story and setting, which feel awfully quaint in the present day with such things as Second Life and Playstation Home, is pretty good, though a little slow. Most of the game is voice-acted, which is quite nice, but otherwise it has some pretty unremarkable presentation: character sprites aren't very detailed (but character portraits are), and most of the time you're just looking at faces on a static background with zero animation. 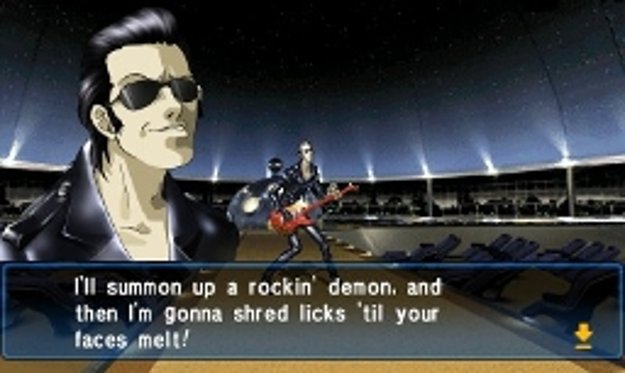 The bulk of the game is spent walking around large dungeons, which, this being a Shin Megami Tensei game, is all done in first-person. The age of the game shows here almost as much as it does in combat, with some fairly bland wall textures to keep you company and not much else. And a lot of them just aren't interesting forays, either being overly long or forcing you to perform mundane tasks - running between place to place for a standard fetch quest, memorizing facts to pass quizzes - all while being constantly harassed by monsters with a fairly high encounter rate. Of course, this is a hallmark of a lot of SMT titles, but this being an older one means that these features seem more prominent.

Combat has the same sort of problem in that it really shows its age - but at the same time it's the meat of the game, the reason that people play SMT games, and this one adds a number of new ingredients into the mix. Immediately though, what's most noticeable is how dated it looks: fighting static sprites with minimal animations isn't very exciting to watch. You have two human(ish) characters and up to four demons to fight with, which can create some interesting strategic choices, given that having more demons means draining your MAG, a sort of magical currency that is required to keep demons summoned on your team. Have too many, and you're forced to unsummon them quickly. Have too few, and you get stomped quick. And combat itself is fast - really fast - and chaotic - and at first turned me off until I realized what the heck was actually going on and why random moves were popping up that damaged my own demons. Then I learned about loyalty.

See, unlike, well, most SMT titles (modern ones, at least), your demons here have loyalty, and it's important. Every demon comes with a personality which determines the kinds of moves they like to perform. For example, Kind demons like to heal and guard, whereas Dumb demons enjoy not being given orders at all, and just being let wild to do their own thing. Giving orders demons enjoy raises loyalty, and giving orders they don't gives them a chance that they'll rebel, which can cause....problems. At least, until they like you enough.

This, and really a fair number of elements, aren't very well explained in the game initially and can really screw you over. It's what initially turned me off quite a bit from the title, but once things started to click I enjoyed it a lot more. And since it's an SMT titles, it's got a lot of the mainstays of the series: demons don't level up, so you need to fuse them together to make them stronger, keeping mind of their new move sets and what kind of new personality they'll have. Likewise, you can fuse demons to a new sword you get partway through the game to make it stronger, or with a personal demon called a 'Zoma', to make that stronger too. 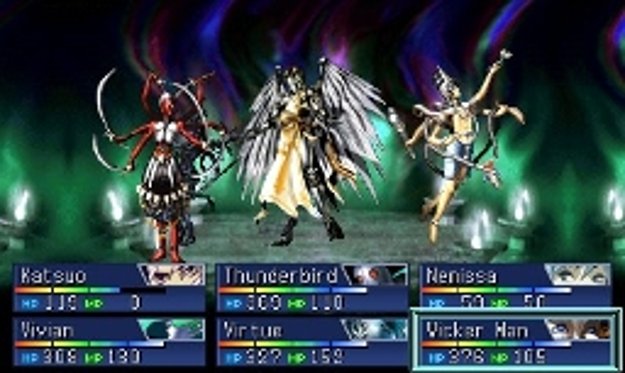 New to the 3DS version is a sort of virtual pet you get that will sell you demons, for a mild price: either streetpass with other players of the game (which, let me be honest, is going to happen very rarely at best), or use streetpass coins. You can also spend this currency to get access to a larger roster of demons, which is nice because the ones you start with just aren't very good.

It's really hard to recommend Soul Hackers, even to those people who are fans of SMT titles. The big problem is that the series has grown so much since the game was last released, and has made so many improvements upon a formula that had a lot of flaws. With SMT IV just on the horizon, Soul Hackers might work as a very temporary fix to your dungeon-crawling-demon-summoning needs, but that's really if you've got no other games in the series to get your fix. I just didn't have very much fun with it, and that's coming from someone who enjoys the series - it's just plain 'okay', and that's all that can really be said about it.