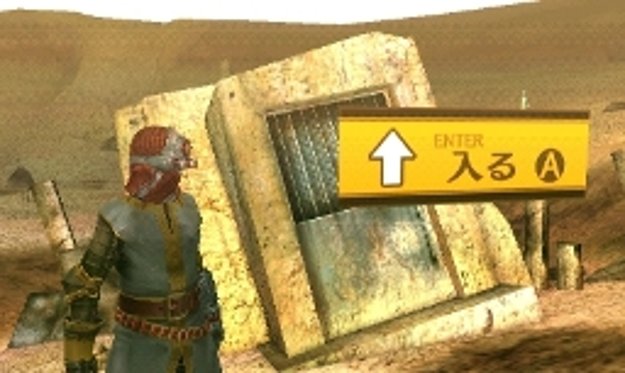 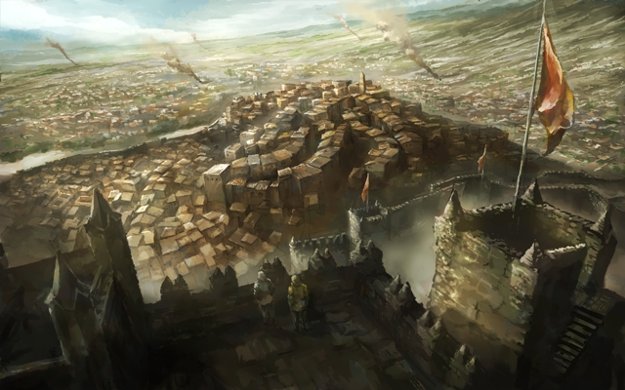 Anyone who knows Atlus games is well aware of Atlus’ love of making its gamers suffer. Aram Jabbari, the previous head of Atlus’ PR department, once famously outright admitted to this in a blog post about the then upcoming release of Demon’s Souls. “We get off on your tears” is right. No game series has embodied this side of the Atlus experience like the main Shin Megami Tensei titles. While most western gamers are only familiar with Shin Megami Tensei III: Nocturne, possibly one of the hardest RPG’s ever made, the original two games were not for the faint of heart.

So anyone who was in the know didn’t expect to have an easy time of it when they found out about Shin Megami Tensei 4. But what we actually got doesn’t even come close to living up to that potential. 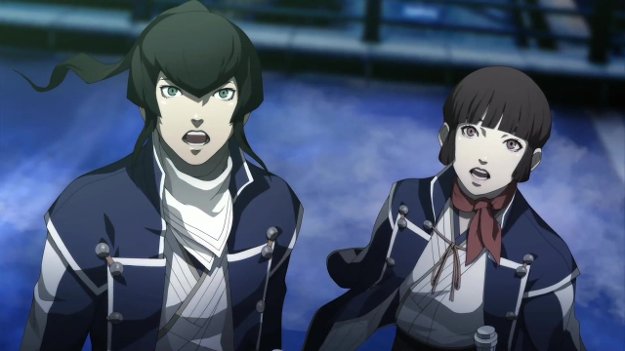 Shin Megami Tensei 4 is a bizarre experience. You start off as a peasant in a feudal medieval land, known as the Eastern Kingdom of Mikado, defended by samurai who use demon summoning gauntlets to defend their country. After becoming a Samurai you eventually coming across a “Black Samurai” who is turning people into demons with the literature she hands out and the black masses she encourages. Meanwhile any fans of Strange Journey are scratching their heads at the apparent Daemonica user. The party then delves deep into Naraku, a dungeon under Mikado where demons live to explore the forbidden lands of the Unclean Ones. Apparently the Unclean Ones are actually the people who live in the ruins of Tokyo and the Eastern Kingdom of Mikado is actually a floating land mass that sits atop Tokyo.

Oh and while all of this is going on the music manages to bounce between an almost Celtic inspired soundtrack into more techno inspired work. Yup, this is just one of those games.

Without a doubt the utterly bizarre setting and the really strong storyline that comes from this is the greatest asset to this game. All of the usual Shin Megami Tensei staples are here, and they’re well done as usual, but at this point much of the gameplay is going to simply be routine to anyone who is familiar with the series. What really sets the games in this series apart from each other is the combat, the challenge of said combat and how the storyline works. At least one of these is done well here.

Shin Megami Tensei 4’s problems start early and they remain consistent. The game starts off feeling almost like a rogue-like, a genre best represented by Etrian Odyssey, with the exception that it’s not a very well done one. You’ll die often and hard in the early portions of the game due to how absolutely difficult it is and the game is lacking in any form of easy escape from dungeons. All of this makes it feel like the game is going out of its way to kind of troll you and force you to do a whole lot of level grinding instead of being genuinely difficult.

You'll finally struggle through this and get to a point where you have a good grasp on the games mechanics and have a strong party. Once you get used to the Press Turn system, a system where exploiting enemy weaknesses grants you extra turns and failing to do so can actually cost you turns, you’ll burn right through most random encounters like a whirlwind of destruction. A party will be carefully put together to deal with any encounter and you’ll finally be ready for a massive throw down.

Then you’ll start getting into actual boss fights and the whole game just goes derp.

Every boss in Shin Megami Tensei 4 fights the exact same way. For the first 75% of the game every boss will simply spam physical attacks, mostly consisting of multi-hitting or high damage / low accuracy attacks. These will rip you apart, especially when enemies land critical hits with irregular frequency, forcing you to heal your party constantly. This occurs at a point where good healing is hard to come by as are good demons and there isn’t a single way for you to protect the main character from physical damage at that point (since almost no armor does this oddly enough).

When you get near the final portion of the game you’ll find that since you can now fend off physical attacks with reflecting spells or demons that really resist it the enemies stop using it. They’ll switch over to high damage Almighty attacks that there is absolutely no way to stop from tearing into you forcing you to need a damn good healer on you at all times as you try to keep up with  the damage the enemies are dealing. There’s almost no strategy to any of these fights beyond “Learn their weakness and then keep healing.”

Normally managing your party’s strengths and weaknesses, using stat buffs / debuffs and effective use of physical or magic repelling spells are all key to boss fights. The stat buffing spells aren’t very useful until you learn Luster Candy and Debilitate, both late game spells, and many of them tend to remove buffs / debuffs anyway if you don’t use them just right so it ends up feeling like a waste. While high hit point scores are more important than weaknesses or repelling spells considering the attacks they use so those are often irrelevant as well.

What makes this even more jarring is how you absolutely must be smart about your skill management in most of the random encounters and mini-boss fights. So in a lot of ways the boss fights end up feeling like a boring slog while the other fights end up feeling more genuinely challenging and enjoyable. Only the secret bonus bosses provide a real challenge but those are so blastedly difficult that most non-obsessive players probably won’t even bother with them.

One of the more notable changes to the game series has been made to the series trademark fusion system. A lot of the additions made in later games, such as the ability to choose what skills you demons inherit or to search for particular fusions you can currently create, have been enhanced greatly from previous entries. However this comes at a baffling cost – the ability to simply choose two demons and see what they fuse into. All you can do is pick one demon you want to use in a fusion and one you don’t (if either applies) and then see what fusions you can create and then try to find one that suits your needs. It somehow manages to mix being both incredibly handy and easy to use and ridiculously annoying and clunky.

Normally I don’t pay much mind to graphics in a hand-held game as long as they get the job done. So even though the graphics in SMT4 look good that’s not what really gets my attention. What strikes me is the art styles used for the demons and just how horribly off they look. Most of the demons here are using the same Kazuma Kaneko artwork that has been used in basically every game at least Nocturne or Persona 3. But then Atlus got some guest artists to do the work for a lot of the bosses and new demons and these just don’t fit.

That’s not to say that they’re bad, I’m actually a pretty big fan of some of them (notably Koga Saburo and the angels). The problem is that they just don’t fit with the game. Not only does the art style used on them clash with the style used for everything else but they’re often pretty disgusting and off-putting, which fits with the older stories of creatures like angels and demons, but causes them to stand out even more so when you have an eldritch abomination looking monster near a cute pixie. Honestly they should just have redone most of the demons if they were going to do this so they didn’t clash so horribly with the rest of the game.

One place that this game has nothing but positives going for it would be the soundtrack which is just amazing. Pretty much every single song in the soundtrack is worth listening to which is pretty rare for any music collection. With the fantastic, if somewhat limited, voice acting and the really well done still-frame cutscenes there’s definitely something nice to be said for the quality of the presentation here.

Regardless of how good the presentation may be or how tight the non-boss related content may be there's just not enough to recommend here. Shin Megami Tensei 4 should have been a shoe-in for must have RPG for any 3DS owner. However there really just isn’t enough here to make this an easy recommendation for any but the most diehard fans of the series. There’s just too much that the game does wrong to supplant Fire Emblem: Awakening for that title which is a tremendous shame.