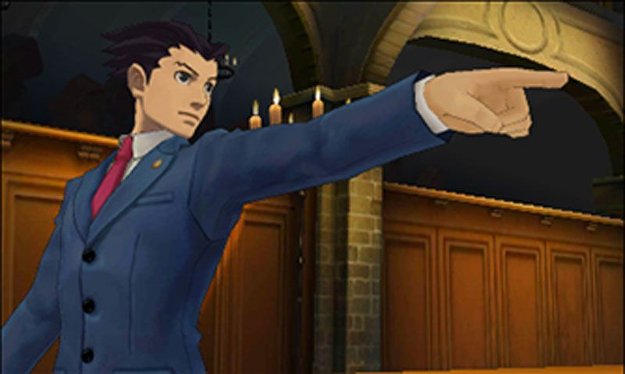 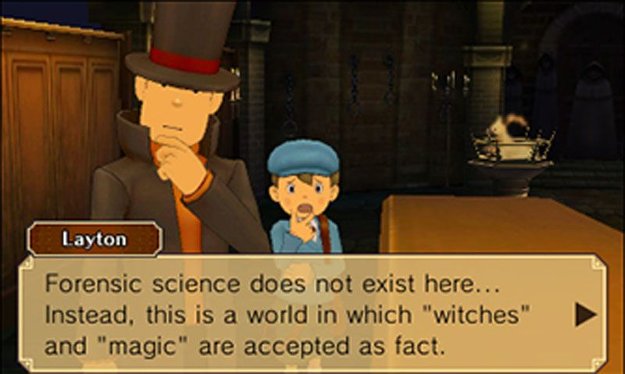 One on hand, you have the puzzle-solving Professor Layton. Expose mysteries, discover secrets, solve puzzles you found in bushes and those given to you by vagrants. On the other, Phoenix Wright: Ace Attorney. The thrill of the court, proving inconsistencies, exposing lies, defeating those who would pervert the pursuit of truth and justice. And some wacky characters thrown in to boot!

So here's a game that combines the two inquisitive personas, pitting them against forces beyond their typical forte (well, maybe not for Layton, he gets into some crazy stuff) in order to fight for the wronged and solve the mysteries of the strange world they're thrown into. And, for the most part, Professor Layton vs. Phoenix Wright: Ace Attorney does a really good job of combining the two. It does help, of course, that both characters' respective games do blend well together in the first place, like a sort of peanut-butter-and-chocolate relationship. As someone who enjoys the Phoenix Wright games, I was satisfied, and as someone who plays the Layton games in bursts, it was just the game I was looking for. 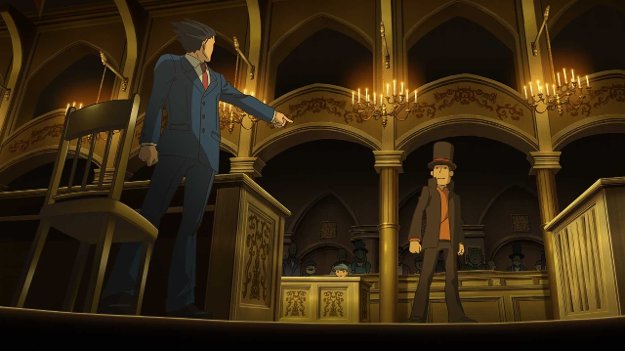 The game follows our titular professor and (Ace) attorney as they get transported to, and subsequently caught up in the politics of, a strange, fantastical world where and order of inquisitors hunt down witches wherever they may rear there ugly heads. And though Professor Layton may feel quite at home here (another land where people adore puzzles!), Wright has some problems adjusting, as concepts such as 'logic' and 'forensics' are pretty much alien here. And when you're dealing with magic, it's not exactly easy to extract truths from any situation.

The Layton gameplay is just as you'd expect it - walk around various environments, solving puzzles, collecting hint coins, have Layton dive into a bush to find another puzzle, advance the plot. The number of puzzles present is disappointingly low, though, for anyone who is looking for a wide variety: only 70 puzzles exist in the game, with about a dozen coming via DLC. This is less than half of the number in the very first game of the series, and less than an eighth of the latest title in the series. There's a good amount of repetition in the puzzle variety as well, and so those that are looking for a Layton game specifically will probably be disappointed by the offerings here.

Phoenix sections do a good job of breaking the gameplay up - often, just as walking around and solving more puzzles gets a little overdone, you'll be rushed to the court in order to defend someone yet again accused of something heinous. This is also the part of the game that does the most mixing-up between the two characters' gameplay - sure, there is still the basics of tearing apart witness testimony by introducing evidence, being pushed and pulled between characters with cries of 'Hold It!' and 'Objection!', and of course the wild plot twists and turnabouts, but now you're not in the regular world.

Now you'll be hearing testimony from multiple witnesses at the same time, trying to find inconsistencies between their statements, as well as questioning some witnesses based on the testimony of others, watching for reactions and pushing them when they appear. You've also got access to a spellbook filled with the magic of this new land, and presenting pages from it as evidence is just as important as the 'real' evidence you're given. My only complaint with these sections is that I didn't feel there was enough of them, but just like Layton's lack of puzzles, this is probably just a concession to having two different games pushed together into one.

It is worth mentioning that hint coins, from Layton gameplay, can be used here to reduce the amount of possible places to object to, as well as the evidence available to present. This is good, because there are a few places where the answer you need to give, even after presenting it, definitely doesn't feel like it's the logical answer.

Though you might imagine that the game is divided into two sections based on whatever character you're playing, that's not entirely right. There are spans of 'Layton gameplay' where you're walking around as Phoenix Wright, or even Maya, and Layton is almost always by your side in the court (in...one way or another) - there is also the very, very rare occasion of one type of gameplay blending into the other, but not enough. In fact, it's fairly disappointing that they didn't work to combine the two forms of gameplay together in a way that could have you finding contradictions in statements while walking around the world, or solving puzzles based on testimony in court. The mix received is still good, but it could've been better. 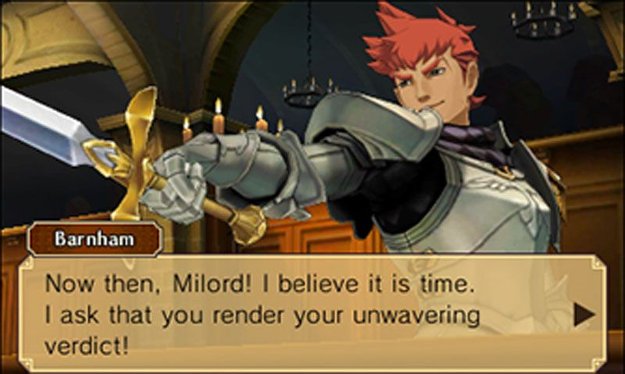 So, Layton vs Phoenix Wright ends up being a game that has some of the best of both worlds, though a few problems here and there persist. The lack of puzzles and variety, the strange leaps of logic you are sometimes forced to take in the court, and the disappointing lack of a real mix of the two styles of game are issues that get in the way for what could've blend of two very complimenting approaches to, essentially, puzzle-solving. Experiencing another out-of-the-way chapter for each of the characters is still a lot of fun, and at the very least, can act as a bit of a hold-over until the next titles in the respective series can come out.