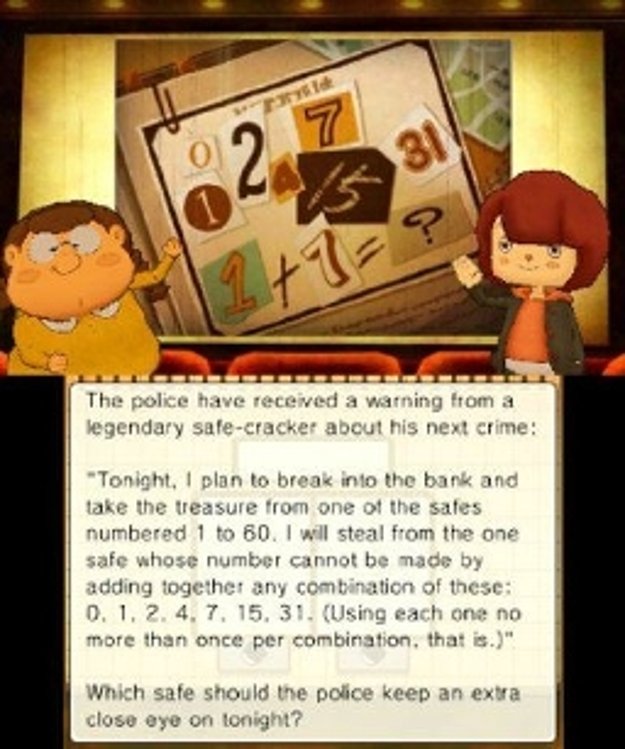 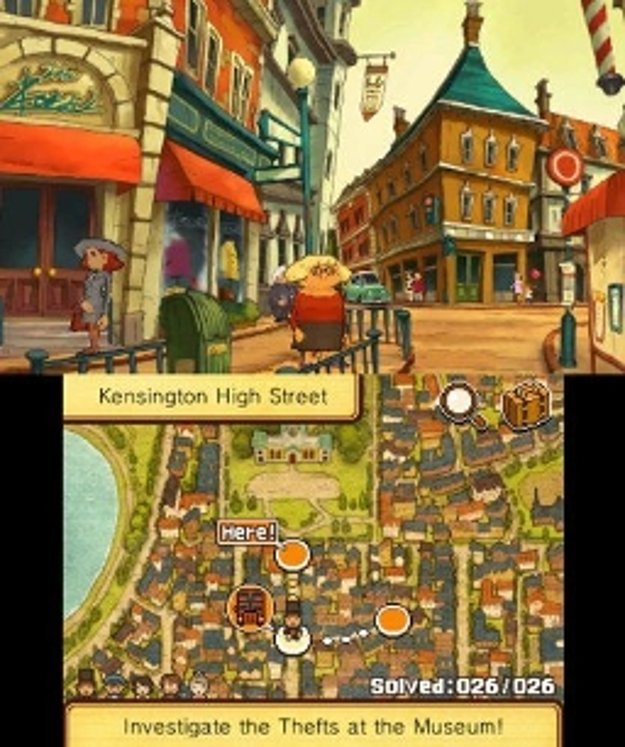 Seeing as Professor Layton and the Azran Legacy is the sixth Professor Layton title in the last seven years, you might be expecting it to show some signs of franchise fatigue. And to some extent, your expectations would be correct: while the story may be different, for the most part this is exactly the Layton you've come to expect. There's the Professor himself, as mysterious and as smug as ever. There's Luke, forever Layton's eager young apprentice. There's Emmy and Inspector Grosky and Granny Riddleton and all the other regulars, along with the usual mix of supporting oddballs and schemers. And, of course, there's the story, the typical mix of puzzles and sci-fi weirdness that have typified the previous five games.

Believe it or not, however, the problem with Professor Layton and the Azran Legacy isn't that it's just more of the same. No, even if the sixth Layton game hits all the expected beats, it never feels stale or tired. Rather, it feels comfortable. Level-5 have been at it long enough that they know what works and what doesn't when it comes to these characters and their stories, and their care and attention shines through. This is most obvious in the graphics. Right from the title screen, it's clear that this is the best-looking Layton yet, and this carries through to the game itself. As Layton and co. travel the world (spoiler, I guess?), everything looks vibrant and richly-imagined, and it's easy to get carried away by the story. 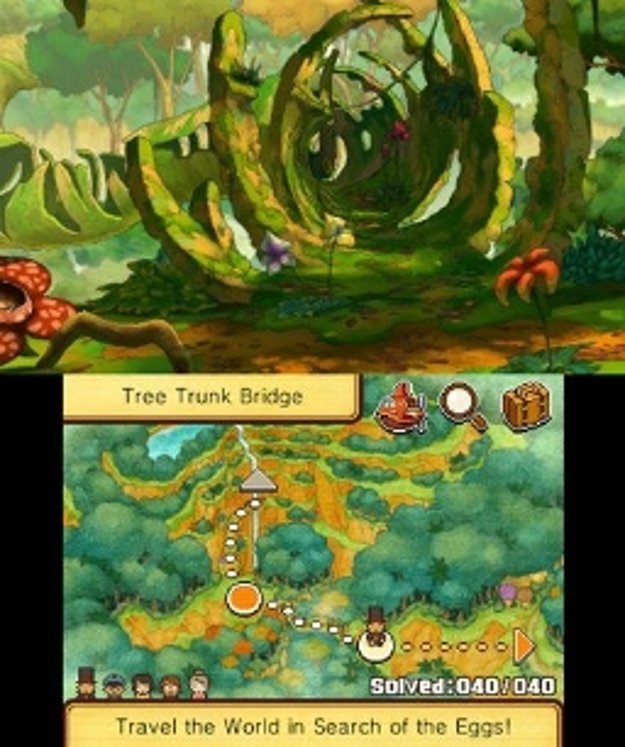 Speaking of which: you probably don't need to play the previous Professor Layton games to understand what's going on in Azran Legacy, but it certainly helps. There are all kinds of callbacks and references (many of which were obvious to me since I only just recently finished the fifth Layton game, Miracle Mask), and your enjoyment of the game will definitely be enhanced if you've experienced all that's come before it. It's not essential, though, since, at its core, Professor Layton and the Azran Legacy is all about the puzzles. In this respect, the game is just like the others that have come before it. You'll need to have all aspects of your intelligence working if you want to solve these puzzles, and the game does a nice job of mixing them up so you're never doing the same kind of problems too many times in a row.

So...the puzzles are challenging, the game looks lovely, the story is engaging. What's the problem? Simple: too often, it treats players as if this is their first time playing. Obviously, this problem is most pronounced in the game's initial stages, when it guides you by the hand through every little aspect of gameplay, but it's still highly frustrating. I understand that the game doesn't want to leave new players high and dry...but at the same time, this is the sixth game in the series, the last one was also made for the 3DS, and first four Layton games are all covered by backwards compatibility. It's hard to imagine there are many people jumping into the series now.

Anything to convert the uninitiated, I guess. And Professor Layton and the Azran Legacy is good enough that it should be more than enough to convince newcomers to go back and play those first five games. But ultimately, this game is a whole lot better if you've been following along the whole way. It may not bring much new to the table, but at this stage, it really doesn't need to.