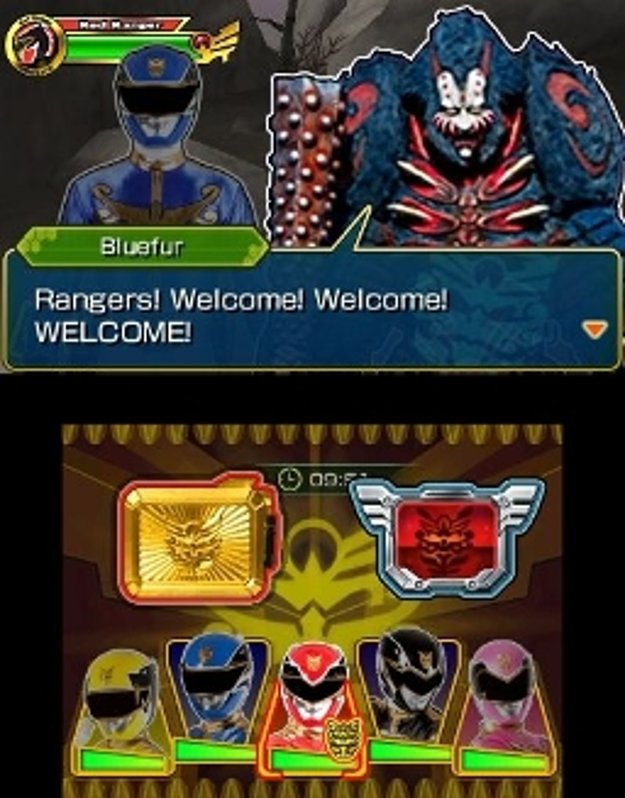 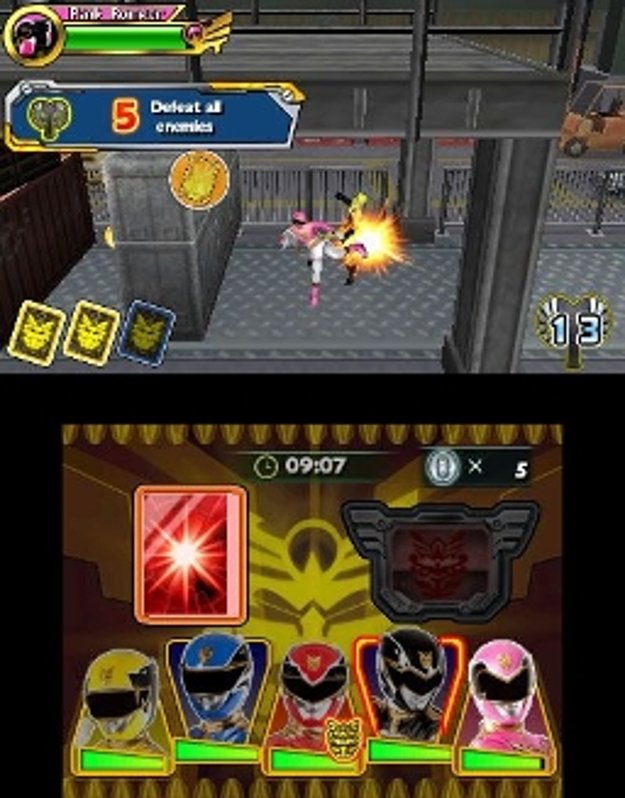 While I wasn’t expecting much booting up the Power Rangers Megaforce game, I was kind of eager to get started with it. I will admit to being a fan of the series, all of their faults considered, although I haven’t had the chance to watch Megaforce just yet. Plus, for those young’uns who never had the chance to try it, the original Power Rangers games on the Super Nintendo and Genesis were really damn good. Not all of the ones after it were great but very few of them were bad so why shouldn’t this at least be acceptable?

The game starts off interestingly enough – you take a picture of yourself and the game then shows you morphing into your chosen ranger for the level. Then you’re teleported into the first level to get things started. After some tutorial explanations about what the meters on the screen mean we’re off!

This is when things got weird. Pink Ranger pops up yelling “You okay? Hang in there.” Then the Black Ranger pops up to tell me “Let’s finish up and go home.” Then Blue with “Down the enemy with the card!” Wait… what card? What does that mean? Now pink again! “You can use cards to attack!” How does that work? Then Black with “Let’s take them out.” And now Pink again with “You okay? Hang in there.” Followed by Blue with “Where are we anyway? Are you people okay?! You just keep repeating yourselves and swapping back and forth in the corner of the screen, never shutting up. They sound like they’ve got some sort of Tourette’s syndrome that keeps them constantly blurting out questions and tips that don’t make a lick of sense. 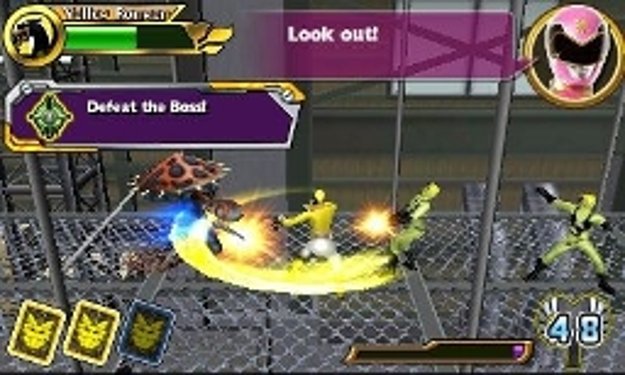 That doesn’t sound so bad, you think to yourself. You’d think that it’d be easy enough to ignore them constantly blabbering in the corner. Well the fine folks that developed this game weren’t going to let you ignore that. There’s absolutely no way to mute the character voices without turning the volume off entirely, depriving you off the hilariously terrible dub work done by the various bad guys from the show. Heck the music, while repetitive, isn’t even all that bad. But you won’t be able to enjoy it if you leave the volume on thanks to the incessant non-stop talking!

Possibly making the whole situation even more aggravating is their constant cries of “Down the enemy with the card!” The fact that they’ll tell you to do this when there’s no enemies on the screen notwithstanding, why would you treat this like a constant suggestion? Most of the enemies in this are easily beaten by leaping around to keep all of them to one side and then mashing on the basic attack button. The only time it’s worth using a touch-screen activated card attack is when you must get by an obstacle that requires a cards use or against a really massive group of enemies. Maybe a boss if you want to make the easy boss fights go a little bit faster. So why do they keep rattling on about using cards? Probably just to remind you that the mechanic exists.

It’s pretty obvious what they had intended with this mechanic. Since you only have one ranger on screen at a time even the ability to freely swap between them doesn’t really help mitigate the fact that they’re a team and are supposed to work together. By having them yelling advice to you it gives the illusion of a team working together. Except instead of yelling helpful stuff, like suggesting that you use the Pink Ranger when you need to reach a really high platform or using Black Ranger against a large group of enemies (something he excels at) or using Blue against bosses since he seems to do the most damage.

Nope, instead of that you get repeated cries of random nonsense or they tell you how to do things that are plainly obvious. Fantastic. 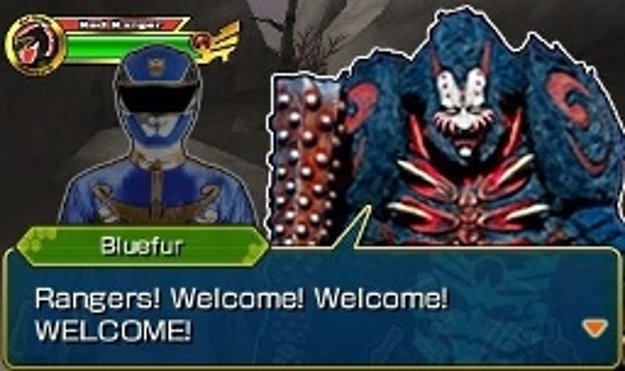 I figured things would get better once we got to a Zord fight. Those are pretty awesome, right? Well they look pretty good, with the Megazord and the giant monster towering over buildings in the foreground as they lumber towards each other. But in an effort to give the Megazord the feel of a giant robot it controls in a very plodding manner. So when you move, attack or evade you're doing so in a way that would make a snail yell at you to speed up. It makes a battle that should leave you feeling like a total behemoth instead really annoying and disappointing.

So what does the game have going for it? Well it looks alright, has decent sound and there’s some mediocre gameplay here. The developers just allowed the few (very few) good ideas here to be obliterated by one really damn terrible idea and some lackluster gameplay elements to turn in average game into one best left in a fire. The whole game would have been much better had they simply had the rangers learn how to shut up, letting you get to what the Power Rangers do best - kicking monsters in the face.