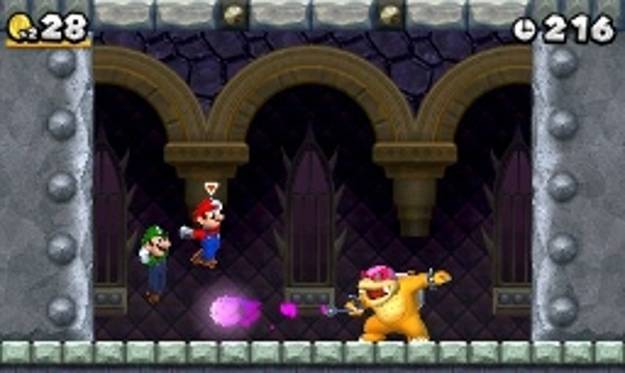 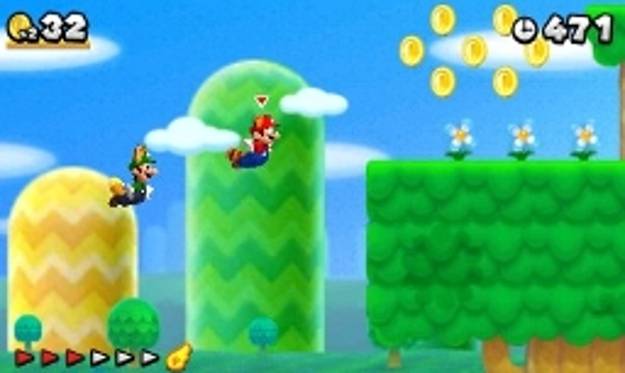 Super Mario fans will be happy to hear that a new title will be released exclusively for the 3DS. Nintendo's New Super Mario Bros. 2 for the 3DS promises to have more of the fun you'd expect from the ever-popular franchise, while honouring their previous titles in not so subtle ways.

Once again you're off on another adventure to rescue the Princess. As per other Mario titles, you're travelling through several themed worlds, and beating multiple levels in each one as you go, to finish the game and save the girl.

During the first few moments of gameplay it became evident that elements of the original Super Mario Bros. 3 title for the NES were brought back and updated for this edition, right down to the raccoon suit that has been a popular and iconic Mario outfit to date. Even the look and feel of the levels made me feel nostalgic for SMB3, and yes that includes the desert levels we all know and love.

When I reached a sample boss it was none other than a boss many would recognize from Super Mario World for the SNES; four triceratops shooting the occasional fireball at you as they rotate on a ferris wheel , located above a collapsing floor. With glee I knocked them off their ledges and was rewarded with an 8-bit Mario, from the first Super Mario Bros. NES game, who showed me my score for the level.

As for the new, they've introduced a gold mushroom and gold fire flower you can use in the game. The gold mushroom gives you an instant 50 coins, and the gold fire flower, though it doesn't make you invincible, does give you the ability to turn everything you shoot (even enemies) into gold coin as you pitch to get rich.

Some new baddies have arrived as well, as both a skeleton piranha flower that looks like a dalmation and even skeleton goombas were seen in-game.

In addition, it was revealed players can play through levels with a friend by using their 3DS wi-fi connection. Though they were unclear whether both players would require a game cartridge or if two can play wirelessly using only one, they did confirm that, naturally, the two characters played in-game would be Mario and Luigi.

They've even added a new level option called "coin collecting mode," which was the only demo available to play, where the goal is to get as many coins as you can while you play through the level. It was unclear but, from what I understood, this is not how the entire game is played, rather, it's an alternative way to play if you want an extra challenge.

And of course there are three star coins in each level you can collect to, presumably, unlock other things in the game as you go.

The game looks great on the 3DS and you can really tell it was designed for the system. The controls are simple and easy and, from what I saw, this game really emulates what the Mario series is all about through the new elements they've added, as well as the throwbacks to previous titles in the series. You can look forward to getting your own copy and saving the princess once again when it's released on August 13th.