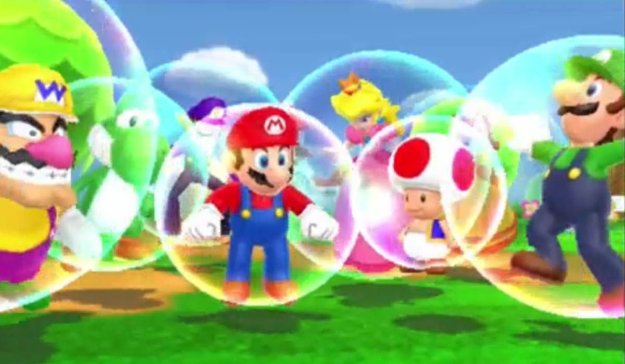 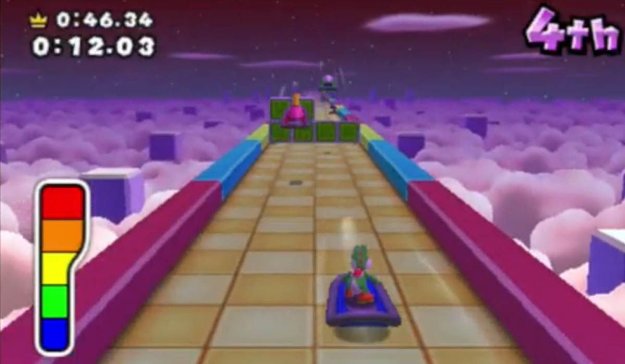 Frustration has always been a part of Mario Party franchise. Regardless of whether it's been the fun kind (i.e. losing minigames or stars to friends while playing local multiplayer) or the annoying kind (i.e. the complete and utter randomness of stars and certain luck-based minigames), it's basically been ingrained into the very DNA of the franchise.

As such, it should come as no surprise that Mario Party: Island Tour is plenty frustrating. A lot of this stems from what's come to be expected from the series. Winning that's based almost entirely on fortunate rolls of the dice, minigames that occasionally boil down to 100% chance...thirteen games in, you probably know the drill by know.

The added wrinkle with Mario Party: Island Tour, however, is that the game has come up with entirely new ways to be frustrating. This starts with the basic concept of the single-player party mode. Whereas before, the objectives were a) get to stars before your opponents did, and b) end the game with more stars than your opponents, here the objective is simply to get to the end of the board. They may try and give it a respectable gloss in some places by handing out stars (see Star-Crossed Skyway), they may try and give an illusion of fairness by having some boards place a higher emphasis on skill than on luck (I'm looking at you, Kamek's Carpet Ride), but make no mistake: even in those cases, it still pretty much comes down to luck of the draw.

What really makes Mario Party: Island Tour frustrating, however, is that it easily could've been so much better -- and it makes this fact plainly obvious right from the get-go. See, you're allowed to try out virtually every minigame on offer the moment you start up the game, so you can see all the minigames Island Tour has to offer. Admittedly, you won't get a chance to play most of them, since the game is now more about rolling the dice than about competing in minigames, which means they're basically there just to taunt you. 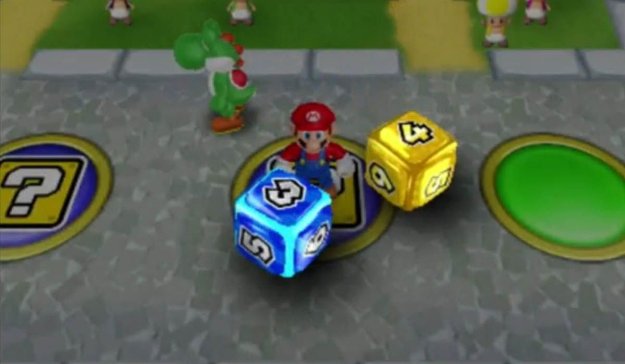 Likewise, the game seems to recognize how much fun it would be to play those minigames against other people, even going so far as to offer a Download Play mode wherein only one person out of four actually needs to have the game cartridge. Unfortunately, the only way you can do that is via local multiplayer. I know that this is Nintendo we're talking about, which means that nothing involving online play is ever easy, but at the same time...really, Nintendo? You didn't think, maybe, some people might want to play other people not on the same network?

I don't want to be too negative about the game, though, since ultimately, there's plenty of good in it, too. The range of minigames is good, even if it is hard to get to play them. Not only that, the minigames do a pretty good job of utilizing every feature the 3DS has to offer, up to and including the accelerometer/gyroscope -- and I say that as a person that hates pretty much any game that calls for tilting.

Best of all, though, is the addition of a proper single-player mode. Forget the usual going around the board nonsense (which, again, is almost entirely luck-based); I'm talking about Bowser's Tower, which is basically a series of minigames collected into something resembling a story. It takes a long time to play through the Tower's thirty levels, and you intermittently have to take on bosses, occasionally in genuinely tough boss fights. If you really want to nitpick, there are probably some difficulty issues (seriously, the enemies don't get tougher than "Easy" until at least halfway through the game), but considering how hooked Bowser's Tower got me, I'm not going to complain about that too much. 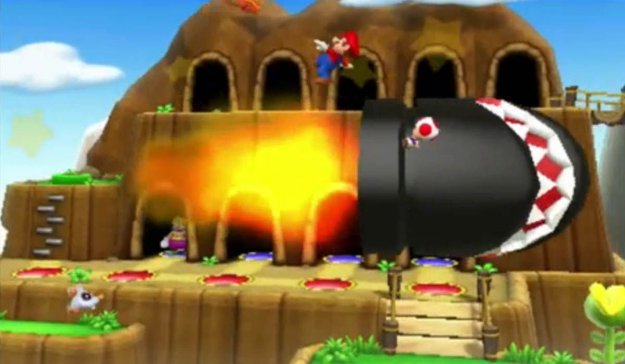 In fact, it's so fun that it makes it easy to overlook some of Mario Party: Island Tour's more notable issues. Yes, it's frustrating as heck, and there's no getting around that point; if you spend any length of time with the game, you'll want to throw your 3DS at the wall a couple of times per game, regardless of game mode. But there's just enough good stuff going on here that you'll want to hold back from doing that. It's far from perfect, obviously, but for the first time in years, there's reason to believe Mario Party might just have some life left in it.