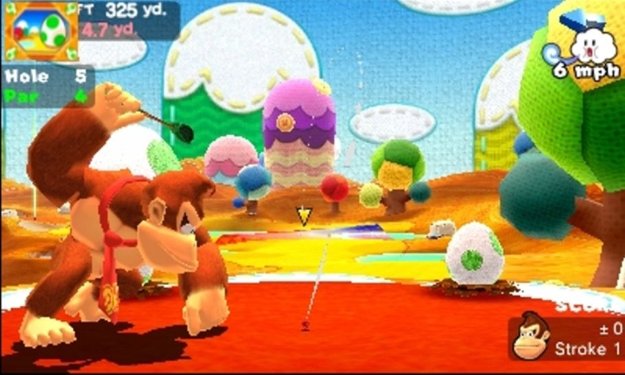 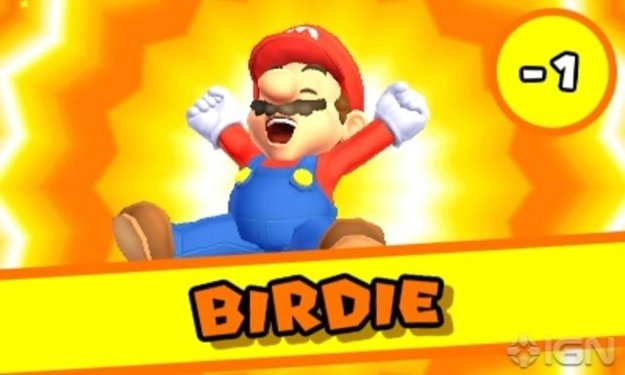 Pop quiz time: which of the following games is Mario Golf: World Tour?

To be sure, I'm oversimplifying things here substantially in the name of an easy comparison. Then again, in some ways, this oversimplification works in Mario Golf's favour. After all, to call its single-player offline content "lacking" doesn't do it justice -- the more accurate description would be "non-existent", since all you really get is three courses, and...well, that's it. You can outfit your Mii in various costumes, if that kind of thing matters to you, but otherwise, there's not a whole lot going on. You can also...I don't know, navigate your way around a very awkwardly laid out clubhouse? Practice on one of those three courses in the hopes of lowering your handicap? Like I said, offline, the pickings are pretty slim, and not particularly inspiring.

Of course, there are also areas where simply writing the game off as Mario Tennis, But With Golf doesn't quite do it justice. Specifically, in the online area. Now, it's still not great; if you really want robust online play options, you're probably better off with (whisper it) the Hot Shots Golf series over on one of Nintendo's competitor's platforms. But it's still miles better than what passes for single-player content. There are new online tournaments added regularly, and you're allowed to enter those as often as you'd like. 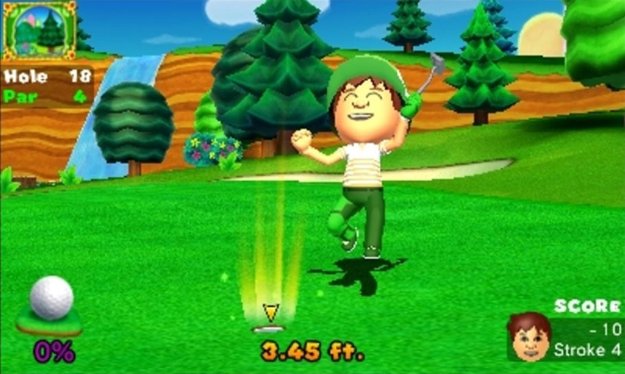 Even there, though, there's a downside: if you really want the good online courses, be ready to open up your wallet to buy some DLC. Considering the almost total lack of single-player content included in Mario Golf: World Tour, that's pushing it, to say the least.

Now, I don't want to give the impression that this game isn't fun, because it is. Whatever Mario sports games may have lacked in other areas, the one thing that's generally been true has been that they never forget to be fun, and that's unquestionably true for Mario Golf as well. The controls are easy to pick up and the courses are all bursting with colour. If that's all you judge a game by, then it's a success.

The thing is, though, there really should be more than that. Mario Golf: World Tour basically comes with three courses -- three! -- and a whole bunch of fashion accessories for your Mii, and if you want anything more substantial than that, you're going to have to pay. All things considered, that just doesn't seem like enough.