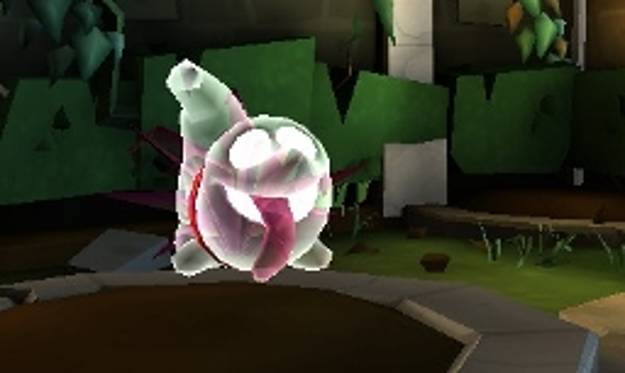 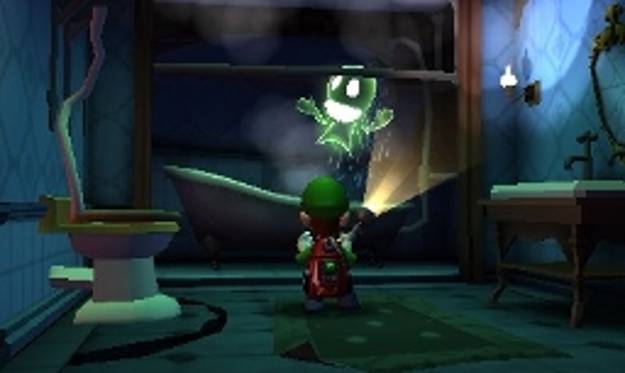 Sometimes Mario gets the spotlight too much. Sometimes it’s the tall brother’s chance to shine. Luigi’s Mansion showed us what the Big Green Guy can do when confronted with an estate full of ghosts, and now he’s back on the 3DS in Luigi’s Mansion: Dark Moon, to polter-bust even more spirits in more locations. His previous game on the Gamecube was a fun little side-story that put Luigi in the spotlight and many people were happy to see him back on the 3DS. The result is a game that is a little different from the predecessor, but still keeps a lot of the old fun (and of course, the ever personable green guy).

When a ghost destroys the Dark Moon that keeps ghosts docile, things get a little crazy and Professor E. Gadd recruits Luigi once again to restore the floating celestial object (it's not really a moon...or something). Unlike the previous game, there are a number of different chapters, each with a few levels to go through, and an objective for each one. The mission style fits the on-the-go play, but the problem is that each mission takes about half an hour to an hour to get through, which seems a little overlong for the style of game.

The basic gameplay is the same as before - taking out ghosts and sucking them into your (newly upgraded) Poltergust 5000. Things are slightly different this time around - instead of simply shining a light onto a ghost, Luigi needs to flash them with a strobe light and, as they're stunned, suck them in while avoiding other ghosts that are attacking you. You also have another attachment for your flashlight, a dark light that allows you to see hidden objects and enemies, like secret Boos and extra treasure.

Gameplay in general is much improved over the original, with better controls and ----. There's a strong change in gameplay here, though, with more of an emphasis on action and fast-placed gameplay moreso than the slower-paced, puzzle-emphasized structure of the original. This also creates a problem with the personality of the ghosts you battle. In the first, you'd find more about the ghosts you were fighting, using their personalities to help you solve the 'puzzle' to defeat them.

While Dark Moon does things well with how the levels are organized, the missions themselves are quite repetitive. They're pretty much just bog-standard objectives, like fetch and escort quests, and it feels like you repeat them over and over again, but with different levels. There's one level in particular that stands out where you're given a timer that means instant failure if you miss it. There's just nothing very compelling about the mission themselves, but at least the ghost-fighting is entertaining, with a large amount of intractability in the environments, with hidden goodies scattered about all over the place.

There's a cooperative multiplayer mode here as well, which gels quite well with the action-heavy nature of the game. You can play online or local (download play is enabled as well), where you and a number of differently-colored Luigis run around floors of a tower, trying to vacuum up all the ghosts, find the exits, or hunt down the invisible ghost pups that are making mischief, all while a clock ticks down to the end of the match. 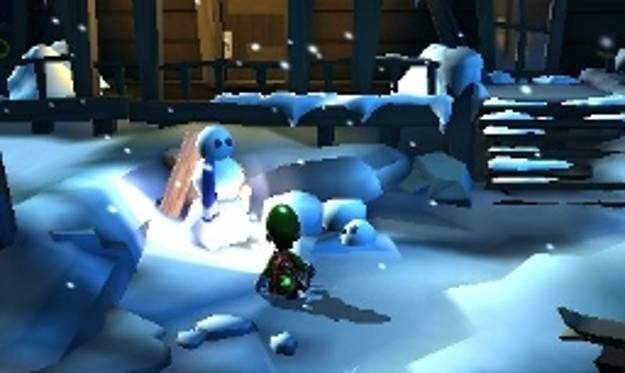 Local multiplayer is a lot of fun, shouting at friends as you all attempt to converge on the exit, or split up to find where the last ghost could be hiding. Online, though, comes with a few problems. First, there's no voice chat that I could find, meaning that trying to coordinate anything with the handful of pre-built expressions that Luigi exclaims is nigh-impossible (Only so much can be communicated with a playful "Hey!"). In addition, there's a notable lack of persistent lobbies, so once you finish a match, you're booted back to the lobby selection screen. This might not be so terrible if matches weren't sometimes only 30-40 seconds long.

Luigi's Mansion: Dark Moon is a bit of a change from the Gamecube title, but still manages to stand on its own two feet - the new mission structure and change in gameplay style may be a little bit jarring to those who are expecting more of the same, but if you've never played the game before it's still a lot of fun to run through, wielding a weaponized vacuum against the post-living denizens of the different areas. Luigi's charm, of course, brings much to the game, as he jumps and shrieks at every movement, but it always feels like he brings the bravery when needed. Basically, a story of the more-timid-but-no-less-mighty brother to save the day at its core.